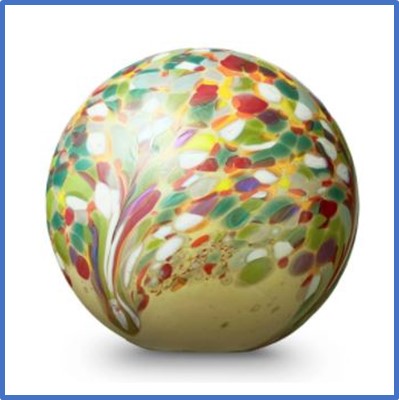 Introducing our first ‘guest blog’, this piece has been written by Roger Vincent-Silk whose wife Barbara died almost a year ago in February 2021. Barbara’s funeral was not conventional in that Roger opted for an ‘attended direct cremation’ and a shroud, not a coffin. Roger writes:

My soulmate of 45 years quietly expired with our hands entwined. Barbara had been a lovely, outward-going human being, used to a life of freedom and spontaneity which had been sadly curtailed by a form of dementia known as Lewy Bodies Disease.

Following Barbara’s death, how could I perpetuate that ‘as free as the air’ spirit she embodied? Prior to her death, we had time to consider arrangements for her ‘final journey’ and the implications of Covid-19 on a family event.

Barbara and I many years ago had written into our wills that we wanted to be cremated and without any form of attended or religious funeral service. Neither I nor her immediate family could entertain the idea of her being encased in a coffin. The very thought of such a final act we considered to be abhorrent, unacceptable and unforgivable.

Consequently, having browsed the internet for alternative ideas and acceptable practices, the concept of wrapping the body in a shroud – traditionally used in many parts of the world – was deemed to be the right and only course to set Barbara ‘free’.

Once we were at the crematorium and so that Barbara was not alone, I was able to assist with transferring her from the undertaker’s vehicle, and then escorting her into the Chapel and placing her on the catafalque, before communicating my farewell.

There was no Order of Service since there wasn’t to be a service. What instead transpired was that the four of us – myself, one of B’s loyal carers, plus Jane and James from Family Tree – sat together in the front row of the chapel. Jane selected and read a poem by Thomas Hardy. I read some prepared words reflecting on our 45 loving years together. A short time after that, the chapel exploded into sound with the nostalgic words of What I Did For Love sung by Johnny Mathis. Then we quietly bade farewell to my Barbara and left the chapel. For me, there could not have been a more intimate, beautiful or natural farewell.

Now, whilst her ‘spirit remains free’, her earthly remains are still with me and she is ‘wearing’ her beautiful new attire.