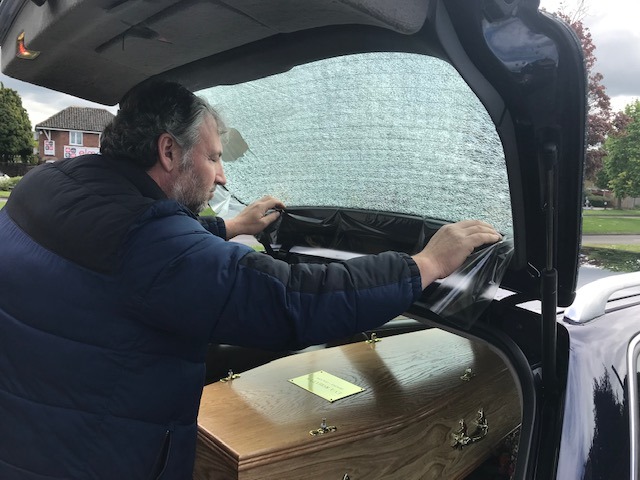 Gloucester car wash jockey hit the back window with his metal ended lance, which crazed like a rifle shot as we were transporting the empty coffin to where the person was at rest an hour before the funeral.

Despite clear film overlaid there was glass everywhere and an ever present danger of further collapse. We alerted the family that the funeral car was wounded, and called a local funeral director (Beechwood), who said they had a hearse but no driver; miraculously, one returned early and we loaded up and were in and off to Cheltenham crematorium in the nick of time.

There was even a spare top hat and cane to swank in with. 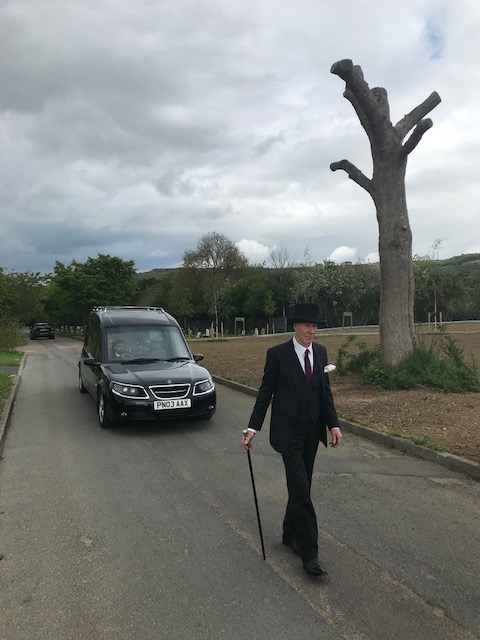