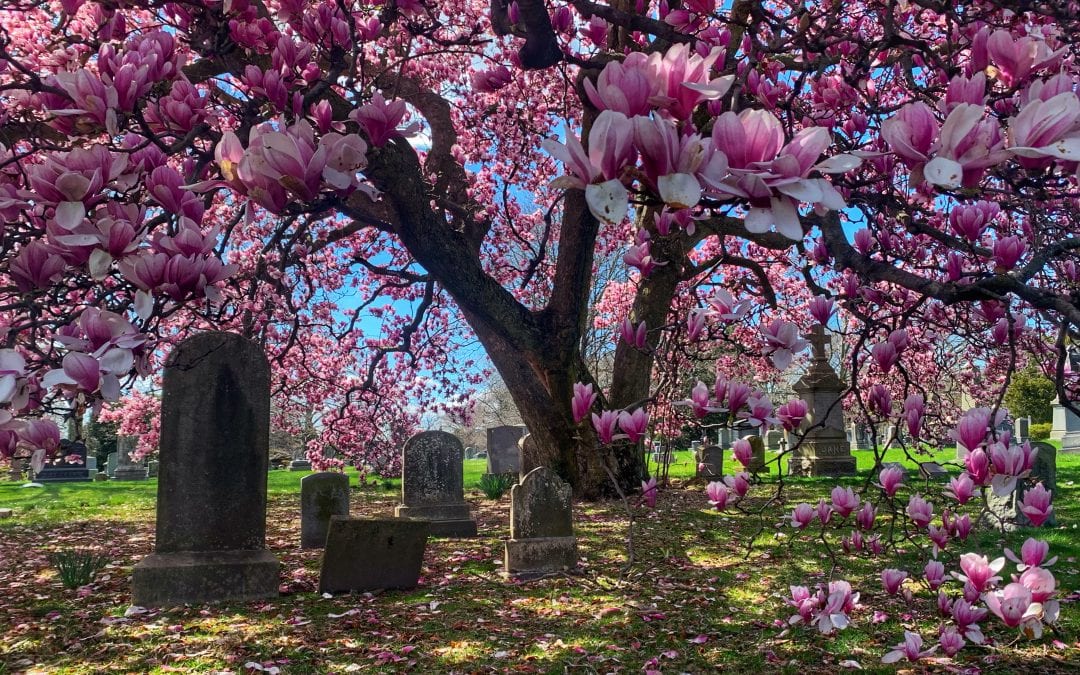 Several weeks into this pandemic, and as funeral content is forced to shrink, a space opens up to develop new practices, with the possibility of  greater poignancy and deepened intimacy amongst the much reduced attendance. A small, simple funeral can bring intimacy and warmth to a family that is harder to experience in a more conventional funeral with a far larger congregation.

Much has been made of the reality that funerals are not taking place in the normal way. We have little idea how long the restrictions will be in place, making this an exceedingly difficult time for grieving families. Tragically, visits to the hospital or care home bedside are not allowed, making this a sad and lonely time for many. Visits to the person in their coffin can still happen, but hardly make up for being with them while still alive.

So we must make what we can of what is available to us.

We may be aware of the live-streamed event and watch-again options crematoria are offering: powerful ways to bridge the gap for people who cannot attend, yet who wish to bear witness to this most important of rituals.

But it is the ritual and funeral service itself that remain the heart of these moments:

Such as a recent burial service in Brimscombe Cemetery, attended by only five family members standing well apart on the hushed woodland hillside around the grave. Held by the beautiful surroundings and the warm spring sunshine, each person there was touched by the simplicity, finality and beauty in every element of the short service as each family member spoke of their love for this man.

Such as the three family members attending the cremation of their father, and husband; each went to the front to speak quietly and intimately of the man whose coffin was alongside them. Even the crematorium staff said that it was very special and could not have been better with 100 people there.

Such as a farewell for a man who had lived in his Cotswold village for 40 years. The family opted not to come to the crematorium, as the village could not attend. Instead we took the funeral to the village; first taking his coffin to his beloved home, where a handful of family members had gathered, socially distanced but very much together in the sunshine, to pay their last respects in word, song and poem, laughter and tears. The villagers had been invited to come out at the pre-arranged time and dozens lined the road outside their houses – many were elderly, supported by sticks – waving and applauding this popular man, his family walking ahead through the village as the funeral car played ‘Love Is All Around’ through its speakers. His niece later texted saying, “We just wanted to say a huge thank you for everything you did last week to make my uncle’s funeral as personal and special as possible under the circumstances. We actually felt it was far more beautiful and far more ‘him’ than what we might have achieved in normal times.”

If you are faced with the prospect of a smaller funeral for your loved one than you would have preferred, amidst the sadness and sense of loss, stay mindful that this can be an opportunity for a heartfelt, intimate and memorable ceremony at a heart-breaking time.