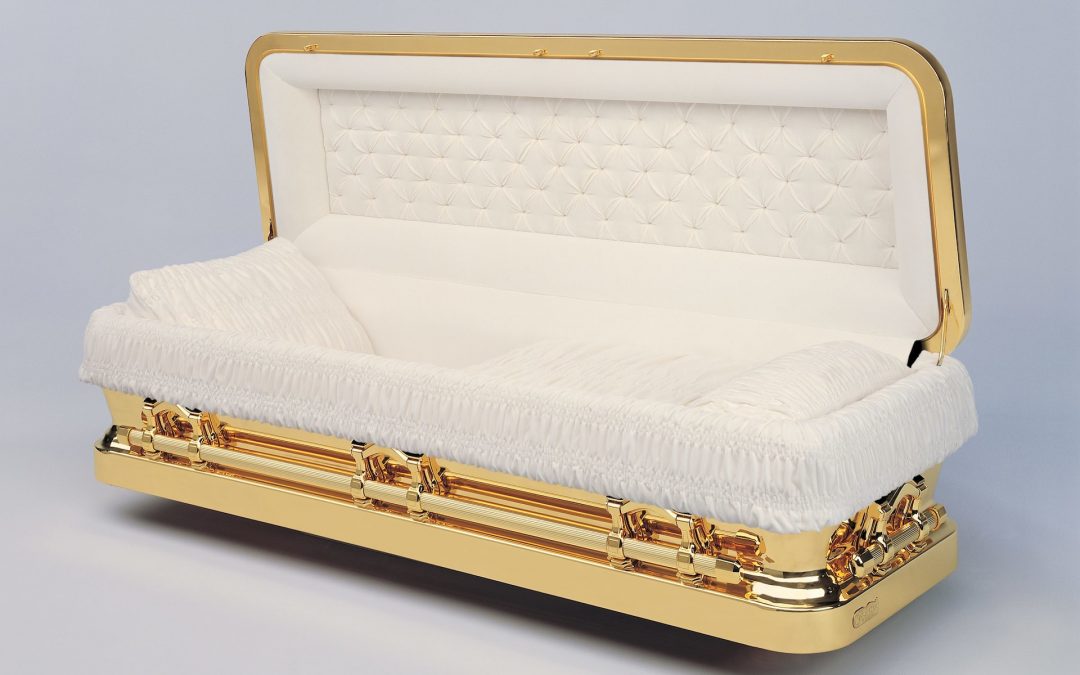 A friend in Stroud sent me a link to an article in The Telegraph about ‘Britain’s Craziest Funerals’. Big colour picture of a brassy gold Batesville ‘Promethean’ casket ($24K) was followed by a bling-filled piece (possibly written by the London Funeral Director) about the entire cast of The Lion King – among other famous musicians and dancers – showing up to perform at the funeral of a ‘business consultant’.

I am a lifelong supporter of celebrating a person’s life – with all the bells and whistles they deserve, and can muster. But I am slightly sickened by the voracious and pornographic – vicarious at best – interest in other people’s funerals on the part of the media. The rampant appetite for celebrity invokes such hunger that the simple seems pedestrian – even disrestpectful.

This has just been brought home by the father and sister of a young woman who lived on Stroud High Street who had just died: they are both on benefits, with no money – and I mean NO MONEY – left over from surviving in their lives, who are having to consider washing their hands of the funeral so that the council can ‘dispose of the body’ as a ‘contract funeral’, with no participation from the family. They can come to the crem to witness the service – that’s all. This gross imbalance cannot be right; and surely the state/council could facilitate a degree of input from the family, and give them that respect at very least.